BLOG: Everything is bigger in Texas – including Covid19 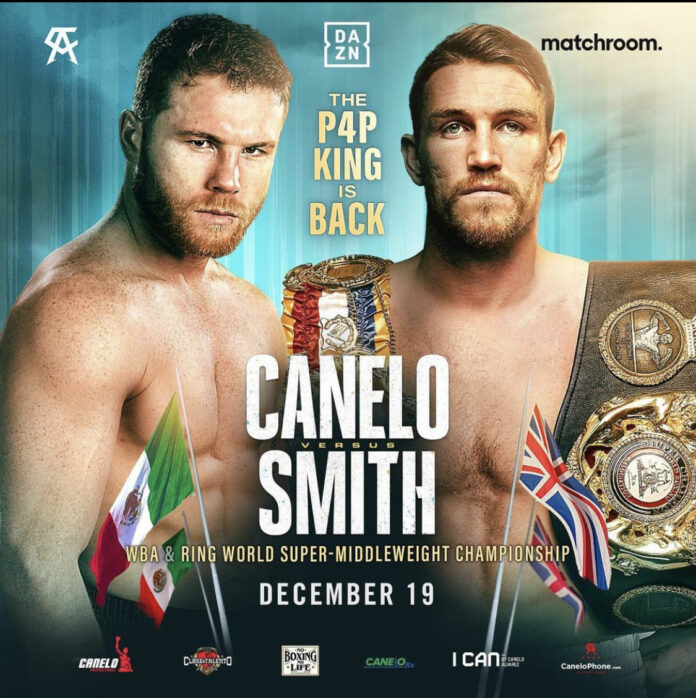 BLOG: Everything is bigger in Texas – including Covid19

Callum Smith may have landed the biggest fight in boxing, but whether his fight lands in Texas of Las Vegas he’ll be tasked with winning with only his corner team for support as Covid restrictions make it almost impossible for British fight fans to travel to the US.

Late last night, via Instagram live, Canelo Alvarez and his manager Eddy Reynoso confirmed boxing’s biggest pay-per-view star will return to the ring against the Brit on December 19th. But they didn’t commit to a destination because first choice Texas is struggling under the weight of the Covid pandemic.

The State has recorded more than 1.1million total cases, the highest in the US, and is ranked second in the nation in total deaths. This morning UK media dubbed Texas “the new pandemic epicentre” in the USA.

The AT&T Stadium in Arlington, home of the Dallas Cowboys, managed to host restricted crowds during the NFL season this year. And the venue is already booked for boxing the week before Canelo–Smith with Errol Spence scheduled to defend his welterweight titles against Danny Garcia. Tickets are still available to purchase for that fight.

However, should Covid cases continue to spike it is inevitable public events would either be suspended or moved behind closed doors. With no crowds meaning no live gate, to survive the Canelo-Smith fight would likely switch to a Bubble in Vegas, where the casinos would pay a site fee for closed circuit coverage.

Regardless of where the fight lands it is unlikely Smith will have any support from home. A British tourist wanting to travel to the US must currently spend 14 days quarantine in a ‘safe zone’ territory – like Bermuda – before being allowed entry into the US. That means Smith supporters would have to leave the UK inside the fortnight just to make the fight.

Credit to Canelo though. He had other options. A champion in three weight divisions, from middleweight up to light-heavy, there was a handful of potential suitors in the frame right up until yesterday’s announcement.

But in hand picking Smith he’s looking to truly add to his legacy rather than skirt around it. The Brit is the WBA world title holder and Ring magazine champion at 168lb, universally recognised as the world number one.

‘Mundo’ is six-foot-three, boxes great at range, has got fast hands and legit power, plus despite his stature he’s also probably most at home on the inside too, where he throws sharp hooks and tight uppercuts. Make no mistake, this is a proper fight.

Team Canelo, of course, probably decided on this fight weeks ago and have used the Mexican’s leverage as the biggest payday in the sport to drag this announcement out until less than five weeks before the opening bell.

But opportunity knocks for Smith who has been aspiring to make this fight for the last 18 months. He may also get the chance to lay to rest an old family ghost too, should the showdown land at the AT&T Stadium.

Four years ago, inside the same Texas ring, Canelo chopped down Smith’s older brother Liam to end his reign as WBO super-welterweight world champion in nine rounds. Callum, then European champion, was sat at ringside. This Christmas, he gets his own chance at family redemption.