Former world champion Anthony Crolla returns to the ring in his hometown on October 7th for a fan-favourite domestic dust-up with Ricky Burns in what’s likely to be a final eliminator for a fresh world title assault. He reveals how camp is going, why he chose the Scottish challenge, and looks back on sparring sessions from a decade ago.

He also rates teammate Callum Smith’s chances in the Ali Trophy, starting this weekend, gives us his takes on Canelo vs. GGG, and looks back on a near decade as a professional.

Follow the Fight Disciples across social media to keep on top of all the latest news and reviews from the ring. 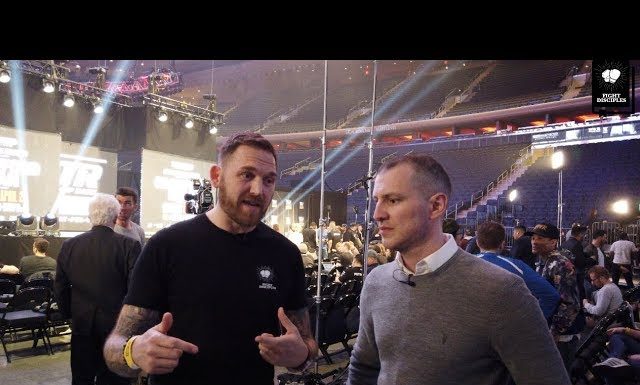 Crawford vs Khan – Weigh in Preview at Madison Square Garden

Crolla Can Cash In Flanagan Fight

EPISODE 453: NOT SO CHATTY MAN

EPISODE 530: WE’RE ALL IN THE NICK DIAZ ARMY

EPISODE 527: FAR FROM THE REAL DEAL