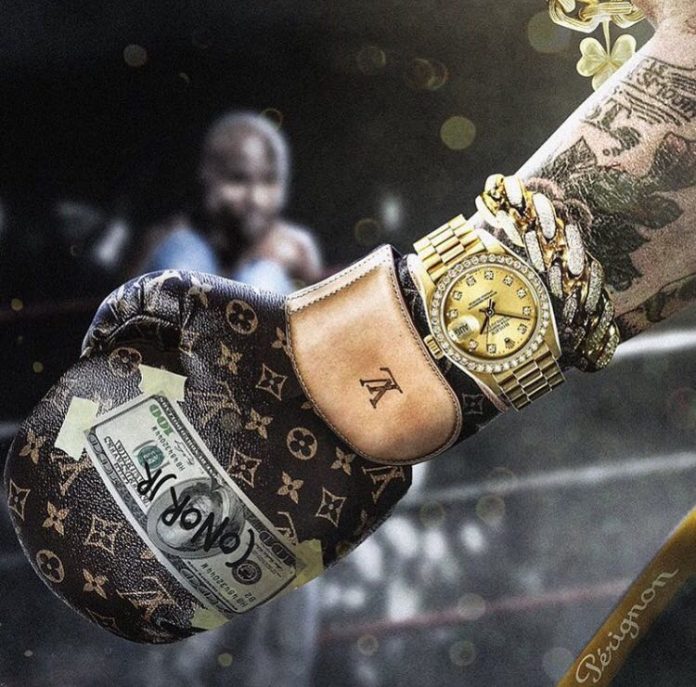 Imagine being the biggest PPV star in the world, going in to the most lucrative fight of all time AND you’re totally contract free to negotiate your own apparel sponsorship deal. Cheddar CHING! If you didn’t think Conor McGregor was going to earn enough fromt he Mayweather fight, things just went to the next level!