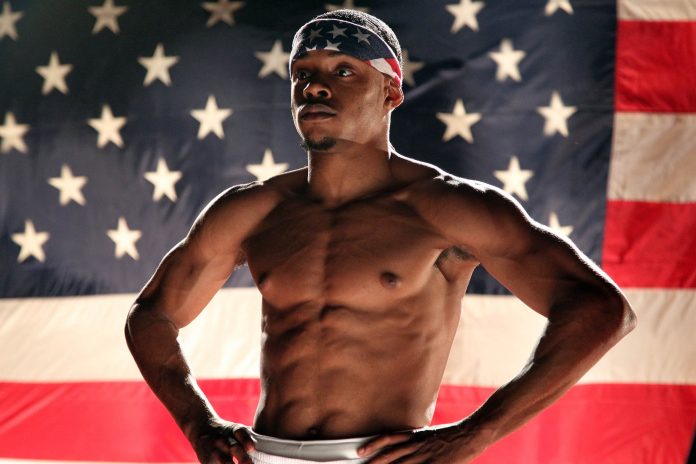 While 30,000 Brits will pack into the Bramall Lane in Sheffield tomorrow night, intoxicated by the prospect of one of their own, Kell Brook, making a successful fourth defence his IBF world welterweight title with another clinical display – across the pond in the US there’s a vastly different opinion of how the fight will play out.

To say America expects Errol Spence Jr to be heading home on Bank Holiday Monday with the 147lb crown tucked away in his overhead locker aboard his flight would be a huge understatement. Aged 27 and carrying a formidable 21-0 (18 KO) pro record, American fight fans and industry experts aren’t giving Brook much hope of hearing the final bell, let alone manage to hold onto his belt.

Of course, any suggestion ‘Special K’ may lose only for the second time in his professional career would be scoffed at by his own team and fan base. Only middleweight sensation Gennady Golovkin has managed to usurp Sheffield’s latest boxing superstar, and the Kazak – now unbeaten in 37 fights himself – is two weight divisions above the Brit, who took that opportunity last year with little chance of victory.

Back down in his natural weight class, however, Brook is a much bigger and stronger animal than the one who spiritedly went toe-to-toe with GGG. Let’s not forget, he was 36 fights without blemish prior to his September skirmish, and returns to his old stomping ground this weekend with fresh vigour packed inside his “sugar coated chocolate brownies”– as he described his fists on Tuesday’s Fight Disciples show.

Yet Brook was a similar age to Spence is now when he travelled to California to take this IBF belt away from American Shawn Porter in 2014, and while he has strung together three straight stoppage defences since, overwhelming his opponents with his speed and that unorthodox Wincobank style, in a sport that’s all about timing and opportunity it’s Spence that touched down on UK shores almost two weeks ago with his tail in the air.

The former three-time American national amateur champion has had to remain patient for his world title opportunity, just like Brook had too. After losing in the quarters at London 2012 Olympic Games, he turned pro and hasn’t looked back, needing the judges scorecards just three times in the paid ring – and critically not in any of his last eight fights.

A fast punching, smooth operator with heavy hands, Spence is yet to go past eight rounds in his boxing career. Last year he became the first man ever to stop former WBO champ Chris Algieri, a feat both Manny Pacquiao and Amir Khan failed to match. Then in a final eliminator for the Brook chance he did the same to former two-time European champion Leonard Bundu, blasting him out in six, after the Italian had previously extended current #1 Keith Thurman the distance in his only other loss.

When asked about the fight recently, Oscar De La Hoya said he believes Spence “destroys Kell Brook”, while Hall of Fame trainers Teddy Atlas and Freddie Roach both agree a stoppage is on the cards. And they’re not alone.

Sky Bet, the betting arm of host broadcaster Sky Sports, have Brook as short as 5/4, and Spence, while marginally favourite, just 8/13. But oddsmakers in Las Vegas run Spence much shorter. Sportsbooks in the biggest casinos currently have their man as short as 2/5 with Brook at a huge 2/1.

Speaking to the Fight Disciples on Tuesday, Brook insisted he had unfinished business in this weight class. But with the TKO stoppage against Golovkin still ringing in his ears and a tough weight cut pecking at his head, taking on the toughest opponent of his world title reign tomorrow night couldn’t have come at a more trying time.

Sheffield United’s football stadium stage is primed for Brook to produce the performance of his career. But it seems anything less than the very best Kell Brook and the Golovkin gamble will have backfired spectacularly.

FIGHT CLUB EP 2: Who next for Natasha Jonas? Can Izzy ever beat Pereira? Should Usyk bin the belt?