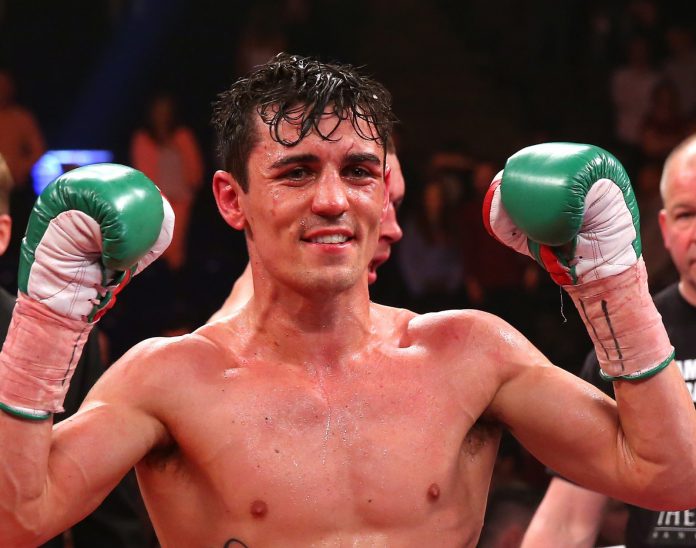 It is very hard not to become emotionally attached to a fighter.

I am no different just because I work in the industry.  I’m a fight fan.  The problem for me though is sometimes emotional connection can cloud logical judgement.  Heart rules your head.

I was sat ringside at Bolton Arena in 2007 and saw him demolish Daniel Thorpe.  Four months later I was back in the same place, in the same seat, to see him lose to Youseff Al Himidi on points.  My mates ripped me to bits.  “I thought you said this Crolla was the bollocks”

Was I wrong?  Had my judgement been clouded because I thought he was a top lad?  Probably.

The thing that has always stood out for me is his dedication to hard work and his never say die attitude.  He’s never deterred by defeat.  His self belief is unrelinquishing.

There is no way that the Anthony Crolla at Bolton Arena in 2008 (loss to Al Hamidi) should be the champion of the world today in 2016.  No way.  I watched him get bingo’d by Derry Matthews in Oldham, outpointed twice by Gary Sykes and lose a fight he should never be losing against Al Himidi.  His first date for a world title shot was cancelled because he’d been cracked over the head with a concrete slab by his neighbours burglar.  His first fight back after these life threatening injuries was again a world title shot where the judges robbed him of the crown (in his home city) even though his opponent had been docked points!

As sports fans we all want our expectations to be exceeded.  Often the love for our team, our player, our fighter can cloud reality.  We get caught up in romantic delusion.  We crave the ‘what if’ becoming real.  I always believed in my heart Anthony could become a world champion.  Very rarely could I find anyone who would entertain the conversation.  Even my own head had doubts.

To have witnessed some of my sporting loves achieving what the critics said impossible will live with me forever.  None more so than ‘Million Dollar’ Crolla knocking out Darleys Perez on the 21st of November 2015 at the Manchester Arena to become the WBA lightweight champion of the world.  The ‘What If’ of 2007, was real.

Now, for normal people, that is where the story ends.

However, after going on to stop the most feared puncher in his division, Anthony brings me another ‘What If’ moment this weekend.

It’s not the fact he’s fighting Jorge Linares, it’s what is on the line if he beats him.

For me this is the most important belt in boxing.  We all want to know who is the best.  Well this is the one that tells you.  There are no pointless mandatories.  You cannot be stripped of the title.  The Ring’s rankings are fair and unbiased, which is why the fighter who holds the Ring championship is considered the TRUE champion in his division.  These belts are prestigious.  So prestigious in fact that out of the 17 professional weight classes in boxing only 5 of them have a Ring Champion.  It is very rare that a world champion gets to fight for a Ring belt due to the rules in which they are awarded.  Often the politics of the sanctioning bodies and promoters mean that the best very rarely fight the best in the eyes of the Ring Magazine rankings.  On Saturday night in Manchester there will be a 6th Ring belt awarded to the best Lightweight on the planet.

My heart will always give you the same prediction, but even my head is finding it hard to argue a case against Anthony Crolla.  Go on boy!